Passing through wild and romantic valleys, alongside awe-inspiring glaciers, and even lush palm trees: a trip on the Bernina Express through the Alps is a journey of contrasts. From Chur, the train passes Pontresina and ascends to the Bernina Pass. As the passengers are still marvelling at the 4,049-metre Piz Bernina, the train heads steeply downhill into the warm climes of Italy with its palm trees. In addition to the distinct change of landscape, the passengers also experience a record: with a seven percent inclination, the Bernina Express is one of the steepest railway lines in the world to operate without gears or other aids. 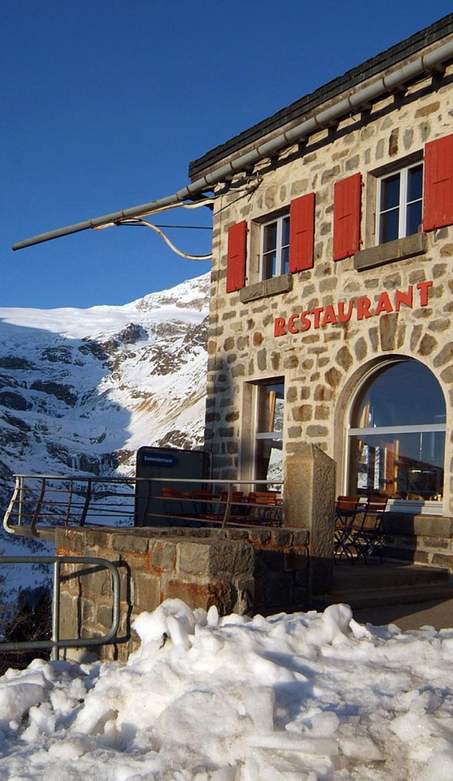 UNESCO World Heritage RhB Since 2008, the railway line from Thusis to Tirano has been on the list of UNESCO World Cultural Heritage. 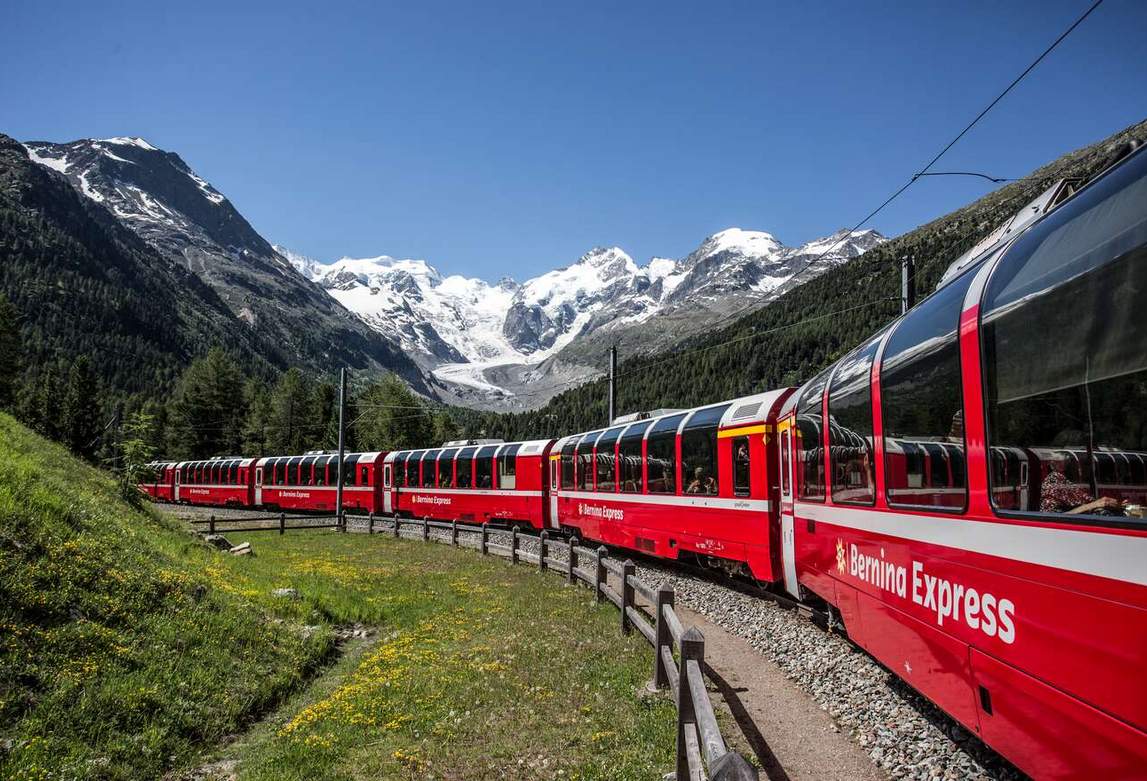 A dream come true for all model-railway fans

The railway line crossing the Bernina Pass was intended for tourists from the very beginning. When in 1902 some 2,500 construction workers went to work, engineers had been focusing for a long time on perfecting a practically tunnel-free route so that travellers could admire the natural beauty of Grisons. The brick viaducts were bestowed with slim pillars and narrow arches for a more elegant effect. Travellers were even spared the steam from the locomotives: the track was electric from the outset, and even today, the Bernina Express hums quietly through the mountain villages.

In addition to the infamous inclines, the Bernina Express travels over 196 bridges and through 55 tunnels. Among these are structures that will delight any model-railway enthusiast, and they can be viewed first-hand through the panoramic windows. Highlights include a 136-metre-long viaduct near Filisur, which ends in the vertical rock wall as the Bernina Express continues into the tunnel; or the circular viaduct in the valley at Brusio. Since 2008, the railway line from Thusis to Tirano is on the list of UNESCO World Heritage Sites. In terms of construction and design, it is truly a masterpiece – so a ride on the Bernina Express should be high on the agendas not only of railway enthusiasts but nature and culture lovers too. Early seat reservations recommended.