The Diavolezza is renowned for its exquisite views over the eternal ice and the highest peaks of the Eastern Alps – including Piz Bernina (4,049 metres above sea level). High-mountain tourers appreciate Diavolezza mountain station as a departure point for longer tours in the Bernina region, a guided hike over the Pers and Morteratsch glacier, or the two via ferrata on Piz Trovat. Winter sports enthusiasts delight in moonlit downhill runs and the longest glacier run in Switzerland.
But thanks to an Alpine Jacuzzi, boasting panoramic views and a water temperature of 41°C, spa lovers also get more than their money’s worth. Guests can rent bath towels, bathrobes and bathing suits on site. And anyone who has hiked across the Morteratsch glacier on a quiet and cloudy Sunday morning knows: there is more. Nothing tangible – just a feeling. Something fleeting. Indeed, the mountain holds numerous secrets. And this mystical aura that surrounds the Diavolezza even today may have originated in a legend. 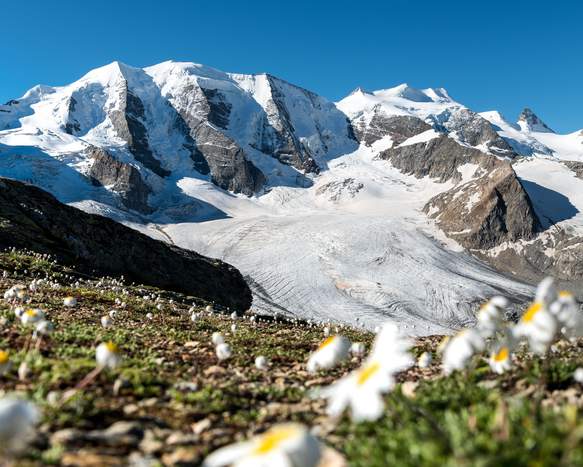 Diavolezza Known for exclusive views of the eternal ice and the highest peaks of the Eastern Alps. 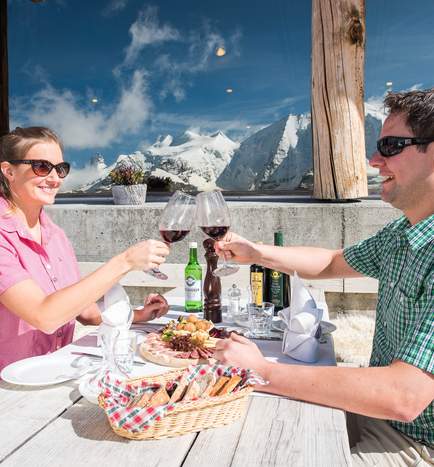 Diavolezza Mountain Station Not only the view is devilishly good, but also the food. 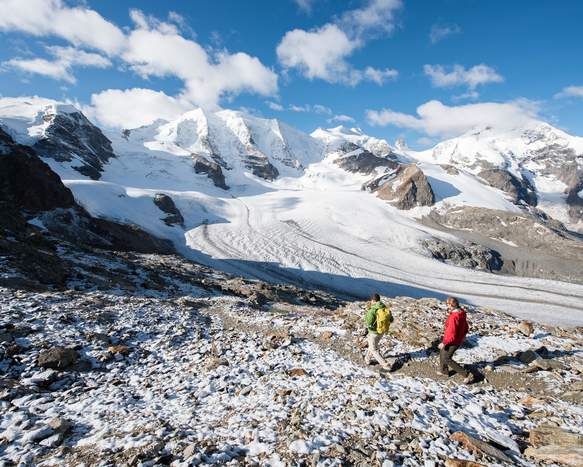 Diavolezza Starting point for longer tours in the Bernina region.

The legend of the beautiful she-devil

According to a tale that has been passed down over generations, many, many years ago a female of otherworldly beauty lived at the “Munt Pers” (in English: lost mountain). There, in a spot where a deep blue lake reflected the sun, surrounded by rock towers and large screes, is where the beautiful woman God – or whoever – had created used to take a refreshing bath. And here fate would have it that a few times she was seen by young hunters. Short, fleeting moments were enough to enthral the hunters and make them reckless. Some followed the alluring beauty, who was always guarded by a herd of chamois, over the rocks across to her rock castle. What happened there, nobody knows.

Because one hunter after another disappeared and was lost on Munt Pers. Not one came back. Aratsch, a handsome youth from the village, also disappeared. They searched for him in vain and finally had to assume that he had fallen into the icefalls at the Pers. Then something amazing happened. Anyone who was in the region of the Bernina Range at nightfall heard a wailing voice exclaim the following three words: “Mort ais Aratsch, mort ais Aratsch…” which means “Aratsch is dead” – the origin of the name Morteratsch. Was it the pretty she-devil "Diavolezza" who had swept several young men to their deaths with her incredible beauty? Was she bemoaning Aratsch’s death? According to legend, yes. It is also said that Diavolezza never found peace – until the glacier advanced and the whole Alp down into the valley was covered with ice and scree. After that, she was never seen or heard again – but that doesn’t mean she is no longer out there...