Sewing machines, sports shops and even a railway line – they all bear its name. But only one deserves the crown: the Piz Bernina (4,049 metres above sea level) or "king of the mountains", is the only 4,000-metre mountain of the Eastern Alps, making it the “Mount Everest of the Engadine”. Unclimbable. At least it was long regarded as such. That is until 1850, when the first climber, Johann Wilhelm Fortunat Coaz, attempted an ascent – a daring exploit beyond compare. He wrote in his diary: "At 18:00 in the evening, we stood on the long-desired lofty peak on grounds no human being has ever set foot on before, on the highest point of the Canton. Serious feelings took ahold of us. The hungry eye wandered over the earth to the horizon, and the thousands and thousands of peaks around us, emerging from the sea of glaciers glistening in the sun. Amazed and anxious, we looked out over these great mountains." 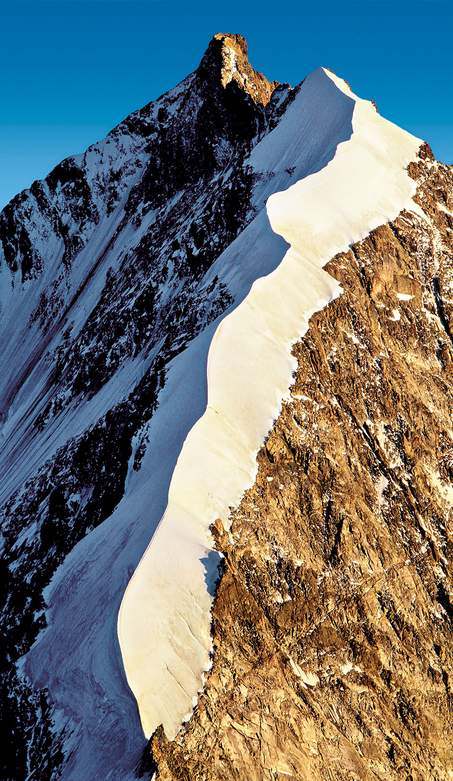 The Bianco Ridge A long-time favourite among alpinists. 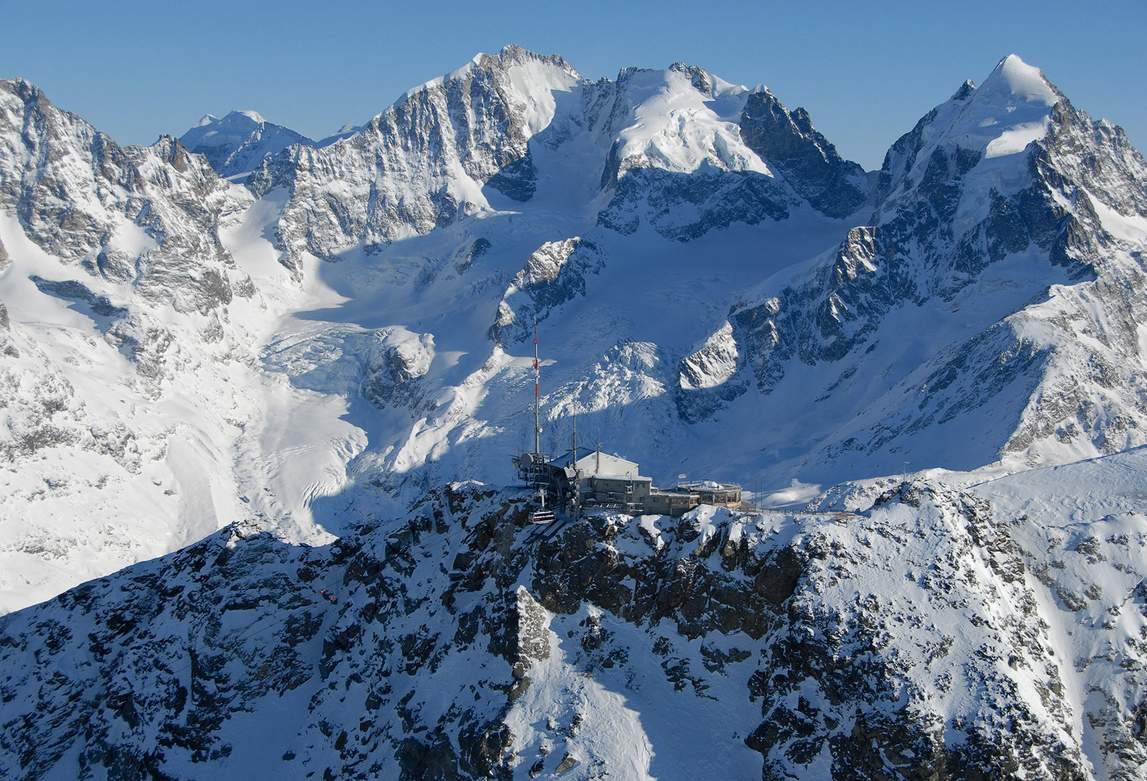 Piz Bernina Piz Bernina (4’049 m a.s.l.) is the only four-thousand-metre mountain of the Eastern Alps – basically the Mount Everest of the Engadine.

First ascent of the Piz Bernina

Coaz and his companions set out at 06:00 in the morning at the Bernina Inn at 2,050 metres above sea level. The morning was beautiful and cold; the temperature was minus 2°C. The three trailblazers were equipped with nailed shoes, a hemp rope, headscarves to protect against the sun, and long sticks to probe the ice crevasses. Camping out overnight was impossible because the preparations for that would have been excessive. Across the Morteratsch glacier, they reached the dreaded "Labyrinth", a region of the glacier that is riddled with ice crevices. They crossed it with great difficulty because the glacier was alive: impressive cracks and booms accompanied the emergence of new crevices, and ice walls constantly crumbled right next to the three adventurers.

With courage and skill the three men climbed the south side to the Achsel, where they took their only break. This is also where they left behind their entire luggage, to be as light as possible while climbing over the ridge to the glaciated peak. At 18:00 the three men reached their destination and had in fact achieved an ascent of 2,300 metres of altitude and a 24-kilometer hike. The summit! Coaz spontaneously christened the as yet unnamed peak "Piz Bernina". The wind up there was merciless. Their boots and wet trousers frozen in the subfreezing temperatures, the climbers were forced to scale down again. Thanks to the full moon, the three men could see well enough to safely navigate the dreaded labyrinth and find a crevasse-free trail back into the valley. At 02:00 at night, 20 hours after their departure, they returned safely to the Bernina Inn. In honour of his first ascent, the Coaz Hut in the Bernina region was named after the expedition’s leader.