It glows in the sunlight, calls, and lures. Sometimes it covers itself in a veil-like mist. The Piz Palü is like a beautiful woman who knows how gorgeous she is and how to put her feminine charms to use. Another aspect it has in common with a beautiful woman: the 3,901-metre mountain, which is part of the Bernina Range in the Eastern Alps, is hard to conquer. Knowledge, intuition and skills are required for this diva. 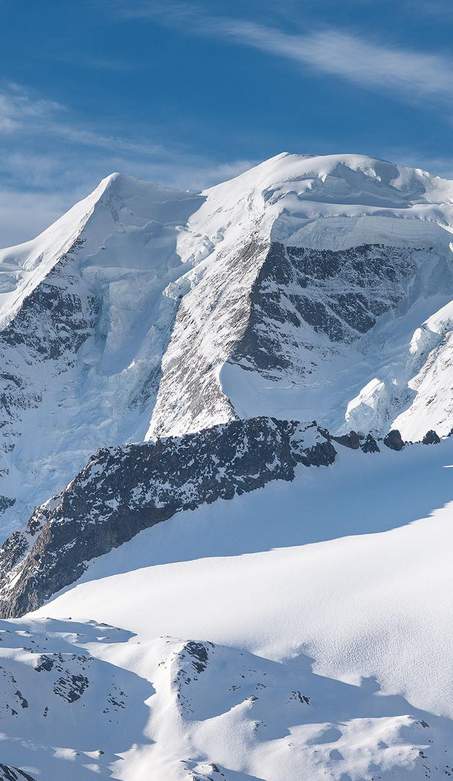 Piz Palü The 3901-meter high mountain belongs to the Bernina Group of the Eastern Alps. 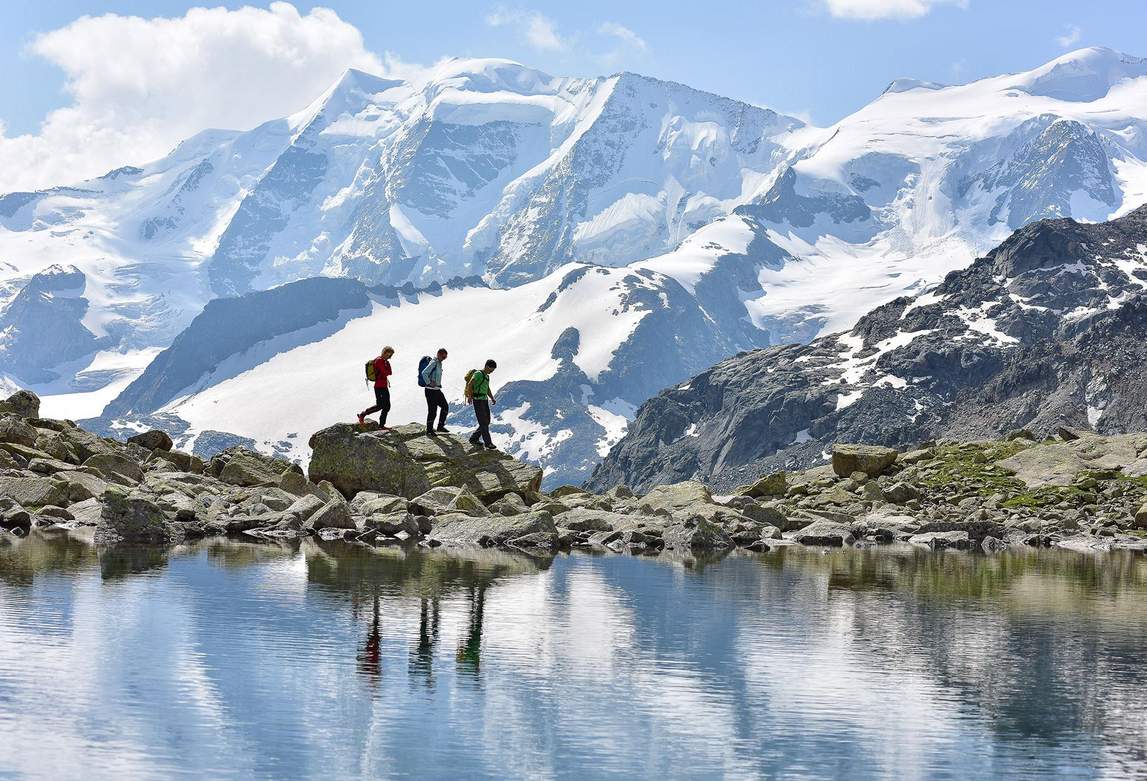 Piz Palü With its three peaks and four hanging glaciers on its northern face, Piz Palü is considered one of the most beautiful glacier mountains.

The most beautiful glacier mountain in the Engadine

With its three peaks and four hanging glaciers embedded in its north side, the Palü is one of the most spectacular of all the glacial mountains. Those who experience the breathtaking views here will rave about them for the rest of their lives – but they have to earn this treat with perseverance and skill. The crevassed ascent over the Pers Glacier packs a strong punch and can only be navigated with crampons, ice axes, and ropes. The pillars and hanging glaciers are also a challenge for tourers. The Bergsteigerschule Pontresina knows the route and offers guided tours – private or in groups.

Observation deck at the Berghaus Diavolezza

If you prefer watching the Piz Palü and its eternal ice in comfort, you can take the cable car up to the Berggasthaus Diavolezza. An observation deck projects over the glacier, offering the best views of the 3,900 m high main peak of Piz Palü (Muot dal Palü). The Palü Range is located approximately 13 km south-southeast from Pontresina, from where it can be marvelled at.

What most people do not know: The Palü served as a film set early on. "The white hell of Piz Palü" is a successful German mountain film drama by Arnold Fanck and Georg Wilhelm Pabst. The filming of the silent film took place from January to June 1929. Even today, the stunning imagery and the spectacular nature shots capture the viewers’ imagination. The film shows the unique world of the Bernina mountain with all its charms – and all its dangers. By the way: to get realistic shots, the director had his crew film for months in freezing conditions and great hardship in the glacier walls of Piz Palü. He wanted everything to look real – even the actors’ emotions. To make Leni Riefenstahl look genuinely scared, without her knowledge, he even unleashed an avalanche that came down on the shooting location.