The best architecture is often old and simple. Compared to the neighbouring resort of St. Moritz, Pontresina has retained its village character. Visitors can enjoy one of the most architecturally significant Grand Hotels in the Alps, the Grand Hotel Kronenhof, as well as the typical Engadine houses: massive stone walls and small, funnel-shaped windows which let a lot of light in despite the small openings. The clever design means that heat is retained efficiently during the winter months. Many houses also feature small bay windows which provide a good view of the village street. Upstairs, the walls often protrude because the façades of many wooden houses were subsequently covered with stone. Another thing that immediately catches the eye is the playful ornamentation on façades, windows and building corners. 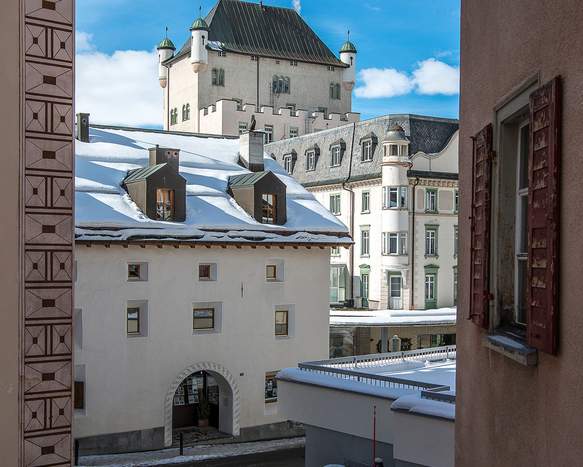 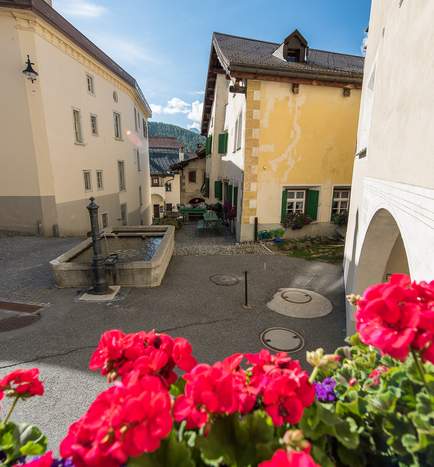 The architecture of Pontresina Every Engadine village has its village well – and so does Pontresina. 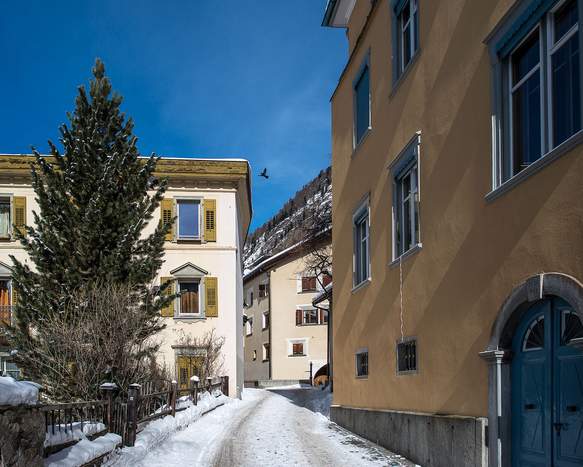 On closer inspection, you will see that the ornamentation on the local buildings has not been painted on with a brush but sculpted directly into the plaster. This wall decor technique is called sgraffito. The top layer of the plaster is scraped away so that the underlying, darker layer is revealed. The term comes from the Italian word "sgraffiare", which means "scraping". The sgraffito designs are abstract – for example in the form of ribbons with triangular designs or circular ornaments.

When going for a stroll through Pontresina, sooner or later you will pass the old bridge Punt'Ota. This historic building is still intact. The bridge is located below the new Bernina Bridge and is of particular interest to historians because to this day, they all disagree about whether the bridge builder's name was Saraschin, and whether the village's name Puntraschina or Pontresina was derived from the word Punt (bridge) Sarashina. Also steeped in a rich history is the burial church Santa Maria, which dates from the 13th century. It is one of the most precious sacred buildings of the Grisons and features well-preserved medieval wall paintings with Byzantine-Romanesque fragments. Today, the church is a popular venue for weddings, attracting couples from all around the world. Situated a little above Pontresina, visitors will find another attraction: the pentagonal Spaniola Tower, which was built using irregular quarry stones and boulders. The building was restored in 1994 by the municipality.