Wildly romantic, sunny and sheltered from the wind. Pontresina lies at 1,805 meters in a side valley. Very close to the Bernina massif with the two most famous peaks of the Engadine: Piz Palü and Piz Bernina. The latter, at 4,049 meters, is the highest peak in the Eastern Alps. Predestined peace and quiet can be found here as well as action and variety. The historic mountaineering village already inspires on arrival. The charm of traditional Engadine houses and the elegance of large hotels of the Belle Epoque immediately transport you to a time when time and everyday life played only a secondary role. 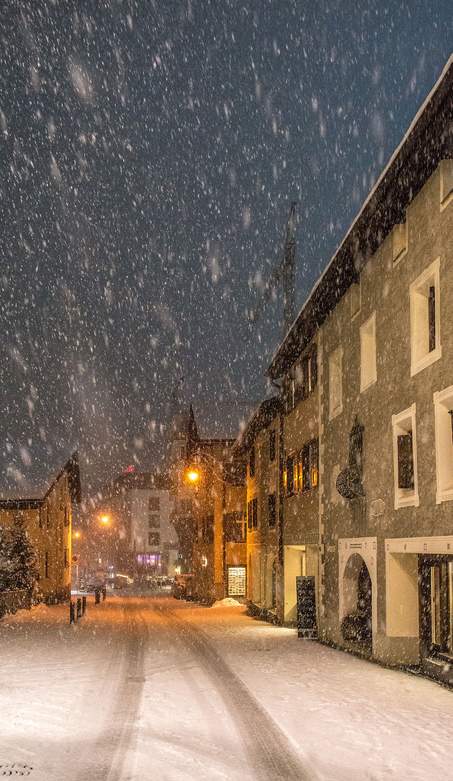 Pontresina Predestined tranquility can be found here as well as action and variety. 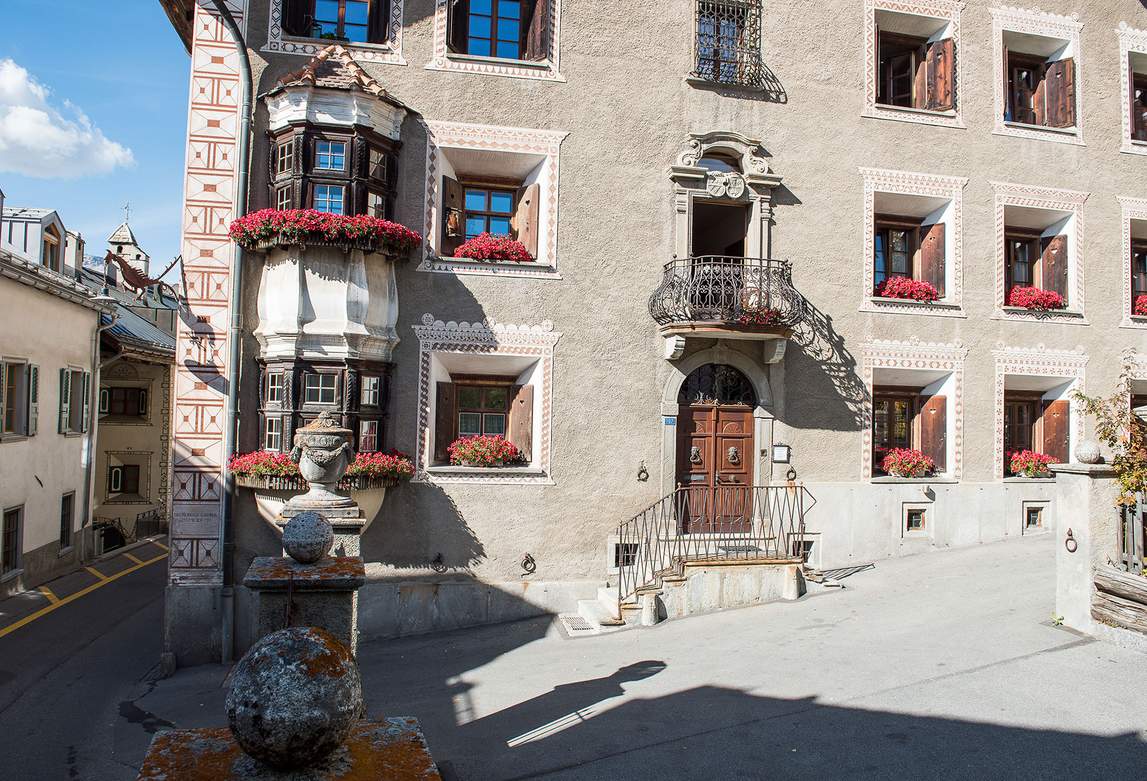 Pontresina The cordial character of the village makes the true luxury, appreciated by alpinists and bon vivants alike.

Alpine lifestyle at its best

The cultural differences between the sophisticated St. Moritz, just six kilometers away, and Pontresina are astonishingly great. Although both villages have an equally long history of tourism with their pioneers and renowned grand hotels, their self-image and attitude to life is quite different. Pontresina is luxurious - but not in the conventional sense. The warm character of the village whose inhabitants make up the true luxury, which alpinists and bon vivants appreciate in equal measure. Pontresina is a guarantor for exceptional leisure and sports facilities, and is known for its internationally renowned hotels and restaurants. In short: Pontresina stands for fine enjoyment.

Starting point for excursions in the Engadine

The various side valleys around Pontresina are among the most popular excursion destinations in the Engadine. Whether hiking in the Morteratsch area, taking a horse-drawn carriage ride into the Val Roseg or biking on the sheer endless trails, guests get to enjoy Pontresina's unique nature. Inquisitive people discover interesting facts about glaciers, climate and ibexes on the various themed trails or hike in the nearby Swiss National Park.

The numerous mountain peaks, glaciers and high mountain trails of the Bernina massif are coveted by experienced mountaineers and peak climbers. Various climbing gardens as well as the via ferratas Piz Trovat and La Resgia complete the action-packed mountain offer. Courses, tours and rental equipment are offered by the Pontresina mountaineering school, which is one of the oldest in Graubünden. Those who prefer peace and relaxation will find it in the numerous mountain huts and viewing platforms, in the public Bellavita adventure pool and spa or in the hotel's own wellness facilities.

Pontresina enables for the first time free, large-area Internet access along the Via Maistra between the Pontresina Congress and Cultural Center and the Hotel Steinbock. The network is called "Free Wi-Fi Engadin".

The journey with the Rhaetian Railway (RhB) from Chur to the Engadine, with its helical tunnels and dizzying viaducts, is one of the most picturesque and interesting in terms of railroad technology in all of Europe. However, you can also travel to the Engadine from Landquart via Klosters - Vereina Tunnel. The train ride from Zurich main station to Pontresina takes about 3 hours.

Pontresina can also be reached by bus or private car on well-maintained Alpine roads from northern Switzerland, Ticino, Italy or Austria. If you want to avoid a pass journey by car, there is the possibility to load the car on rails in Klosters/Selfranga. All info: www.vereina.ch and the dust barometer www. rhb.ch/dust-barometer. The current road condition is available at www.strassen.gr.ch ersichtlich.

Not far from Pontresina there is an airport: From Engadin Airport you have flight connections to the international airports of Zurich, Geneva, Basel, Milan and Munich. Air-taxi connections are also maintained to many other national and international destinations.


The fine pleasure of the high Alps