Taking a walk Pontresina on 1st March will make you feel as if you have strayed directly onto the film set of the successful Swiss film Little Mountain Boy. The traditional Engadine houses with their sturdy stone walls form the perfect backdrop, and the main characters - boys in bright blue-and-red robes – walk from house to house, singing. Adding further to the atmosphere are the large cowbells – Plumpas – and cracking whips. Just like Schellen-Ursli, the hero of a Swiss children’s book, this beautiful tradition involves the children chasing the winter spirits out of the village. There is no more unique way than this Chalandamarz custom (Romansh for 1st March) to herald the start of spring. 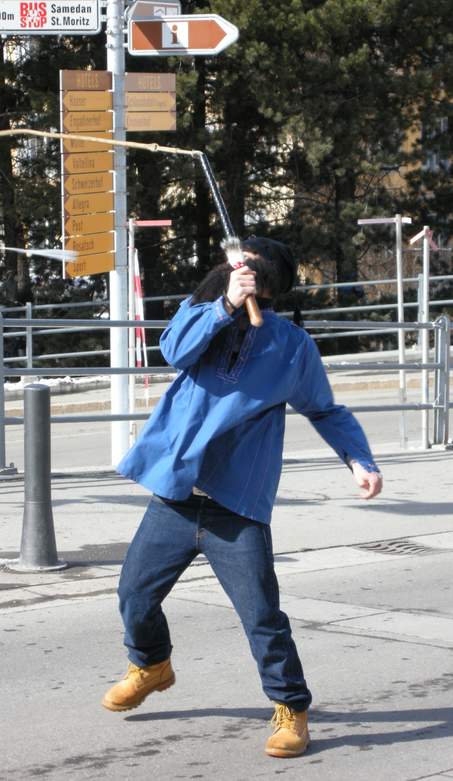 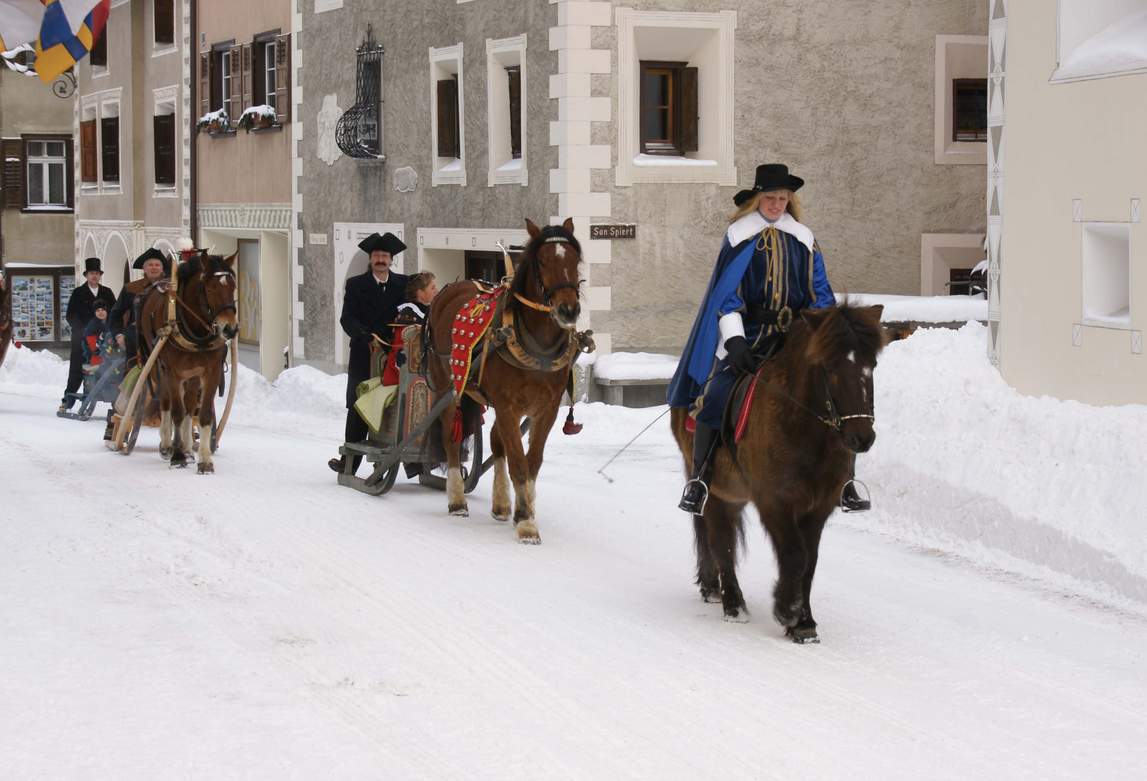 Slightly quieter than the Chalandamarz is the Schlitteda tradition. Every year on the second Sunday in January, local lads invite their girls out on a date and pick them up from their homes. On a festively decorated sleigh, the cavalier then chauffeurs his lady through Pontresina and the Val Roseg. Back in the day, the Schlitteda was a celebration exclusively for non-married couples. Today it has been transformed into a village festival where singles and married couples alike celebrate together. By the way: the creation of this tradition goes back to the times when horse and carriage was the only means of transport during the winter months. Back then, when you had a wedding or a funeral to attend, you went by horse and carriage.

Following the Easter service, children went to a steep meadow where everyone rolled their eggs down the hill. When an egg broke, the player was disqualified. It is rumoured that before the beginning of the games, some participants placed their eggs in an ant hill which resulted in the shell becoming particularly strong. The popular activity of egg painting was also part of this custom. Most eggs were cooked in an onion-peel brew. Eiertrölen is still enjoyed in Pontresina today. The eggs run takes place on Crast'Ota, below the walking path.